The seminar consists of a series meetings in the first and second semester of the academic year, with the aim to develop discussion and exchange of ideas on themes or primary key texts of 17th and 18th century philosophy, such as: 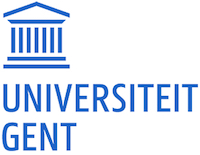